ANZ New Zealand Investments has dropped its annual membership fee from all its managed KiwiSaver schemes.

It will also reduce management fees of its Conservative Funds (excluding the Default Fund) and Conservative Balanced Funds by 0.22% and 0.15% respectively.

Under the new structure, a person with $20,000 invested in the ANZ KiwiSaver Scheme Conservative Fund would have their fees reduced from $192 to $130 a year.

"These fees will ensure a simpler fee structure and provide greater value for money for our more than 650,000 KiwiSaver members, said ANZ’s acting managing director of funds management Stewart Taylor.

“We regularly review fees as we achieve greater economies of scale. This latest change particularly benefits members with lower balances or those just starting out,” Taylor says.

ANZ Investments has reduced the total fund fee for the ANZ KiwiSaver Scheme by approximately 25% since 2009.

“Through its active management approach, ANZ Investments has delivered strong returns over the long run for our members and this with the reduction in fees is another step to helping our members grow their retirement savings,” Taylor says.

ANZ Investments is the largest private-sector funds management and KiwiSaver provider in the country with more than 650,000 customers and $35 billion under management.

More than 1.2 million KiwiSaver members did not invest in the scheme in the year to March 31, showing that while KiwiSaver has hit new heights in funds under management, there are big opportunities for providers and advisers.

The Financial Markets Authority (FMA) has just released its KiwiSaver Annual Report for the year ended March 2021, which shows total funds under management reached $81.6 billion, or double the $40.8 billion held in 2017 (see table below).

However, those in the scheme not contributing totalled 1,207,513, or 37%, and fees collected by providers cracked the $650 million mark.

Compared to last year, where KiwiSaver made an $820 million loss due to a market downturn around Covid-19 concerns, this year's results show a sharp rise with investment returns skyrocketing to $13.2 billion – a staggering 1708% increase.

Gregory says the rate of growth in fee revenue was a function of the percentage-based investment management fees that providers take as a cut of their members’ balances, not a sign that fees charged were increasing.

“Our focus on value for money over several years has been based on providers generally not passing on the benefits of KiwiSaver’s growing scale."

But Gregory says there are some encouraging signs with several managers reducing their investment management percentage fees to increase the value provided to their investors.

"Over time we are looking to see this approach to value for money to continue, so the current trend of KiwiSaver managers as a whole earning strongly increasing income from fees should slow and stabilise.”

He says that trend was evident with fixed fees, or administration fees, which decreased by 4.8% to almost $80.8 million, as a number of KiwiSaver schemes reduced them or changed their structure.

“This is appropriate, as these fees were only intended to help providers cover costs in KiwiSaver’s early stages,” Gregory says. 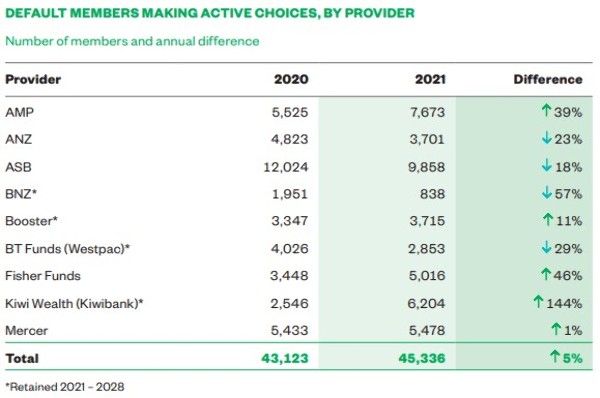 Gregory says the year also saw significant shifts in the FMA's regulatory focus for KiwiSaver providers with two important pieces of guidance for fund managers being released – one focused on the accurate labelling of funds' ethical and responsible investment claims, the second focusing on value for money.

“Reflecting on our guidance and the Government’s changes to the default providers coming into effect in December, we believe both will improve outcomes for investors, impacts which will play out over the long term.”

The report shows only a small minority of investors are choosing funds explicitly labelled as responsible or ethical, however, a broad range of research shows that many investors are increasingly expecting that their provider will be taking a responsible approach to investing their money.

FMA’s research has shown that 31 of 37 schemes claim that they consider aspects of responsible, ethical or ESG investment in their decision-making.

KiwiSaver Annual Report by the numbers: 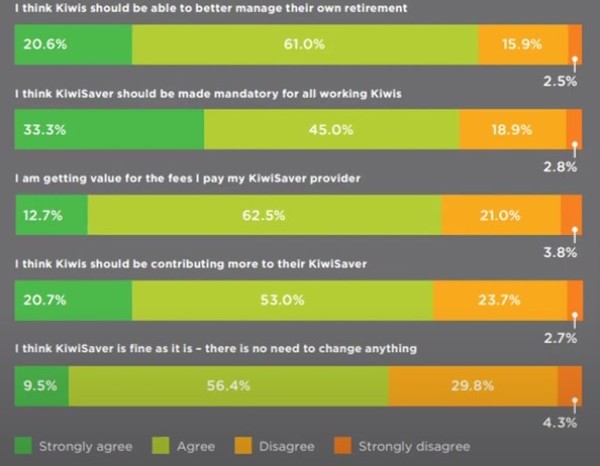 Kiwi Wealth has followed BNZ and put administration of its default KiwiSaver Scheme on the MMC platform.

MMC says this is an extension of its services to Kiwi Wealth. It will provide full registry services, as well as unit pricing and fund accounting for Kiwi Wealth’s Managed Funds and KiwiSaver products.

By transitioning these services from an-inhouse operating model to MMC, Kiwi Wealth will achieve a scalable infrastructure to accommodate growth and deliver enhanced investment outcomes to its members and investors, while also taking advantage of economies of scale.

“By aligning Kiwi Wealth’s KiwiSaver and Managed Funds operations, we are benefitting from operating synergies, agility and reduced operational risk," Kiwi Wealth chief technology officer Craig Wardsays in a statement. "Through outsourcing our investment administration to a trusted partner, our investment and operational teams will be freed up to focus on what we do best; creating better financial futures for Kiwi by helping people get informed about how they can grow their wealth.”

Kiwi Wealth’s relationship with MMC dates back to 2018, when it first started using MMC’s investment administration services for managed funds.  Once the KiwiSaver transition is completed, Kiwi Wealth expects its remaining products, such as its Private Portfolio Service, will follow.